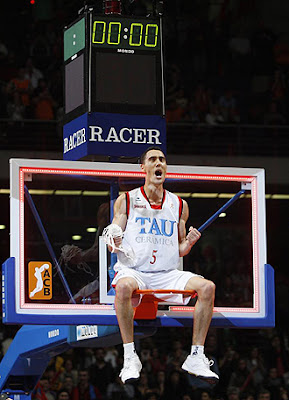 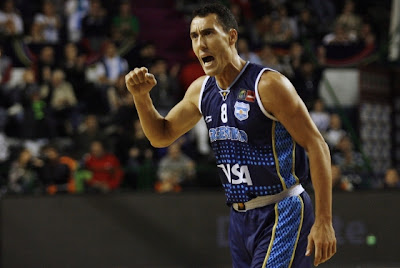 New York Knicks agree to one year deal with Argentinean point guard Pablo Prigioni (191-G-77). The 35-year old playmaker will be a rookie in one of his career’s finally seasons. Knicks administration and coach Woodson worked hard this summer to solve the point guard issue that caused many problems to the team last season. That was obvious in the 1st round of the playoffs against Miami, with Jeremy Lin out due to a knee injury. New York acquired Jason Kidd and hopes that will manage to keep Jeremy Lin by matching Houston’s offer. Prigioni will be-hopefully- the team’s 3rd point guard. With “Pablito” New York has in it’s bench one of the Euroleague’s hardest players, a true floor general, terrific defender (although he will probably have problems defending speedy guards)plus a pick’n roll master (unfortunately with coach Woodson Kincks run less pick’n rolls and more isolation plays in their offense). With him, Kidd and Camby, Mike Woodson added some depth, roughness and defensive solvency to New York’s roster. Prigioni (according to ex-teammate, Pete Mickael “he looks skinny but when he enters the gym he makes you think that he is a mafia’s hitman..”)signed for the minimum, $473K and turned down more lucrative offers from European clubs. Knicks organisation shows big interesting lately for the European market, drafting Kostas Papanikolaou and signing James White, Pablo Prigioni and Chris Copeland.