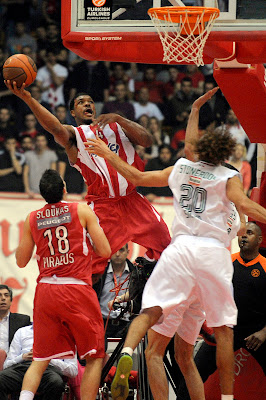 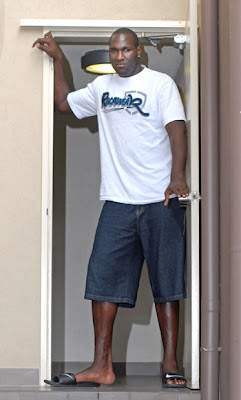 No6.) Nathan Jawai (14 ppg-7.3 rpg-18/28 2pt ): Jawai was Pashutins central point at Unicss game plan, in order to present something different against Barcelona. The Russian coach increased Jawais minutes on the court and gave him the green light to take the ball in the paint, use his body and finish strong. The Australian giant responded perfectly against a good defensive frontcourt. This style of offense (low tempo, finish deep in the paint) was the main reason that Unics had a balanced transition defense and Barcelona didnt really manage to run in the open court. 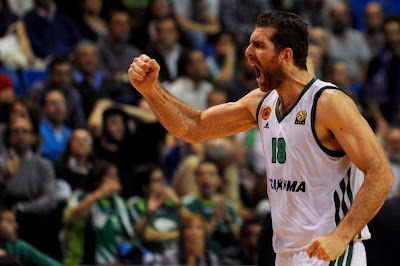 No5.) Kostas Kaimakoglou (9.8 ppg-3.8 rpg-10/19fg-20 per game): He is officially Panathinaikoss best power forward. Kaimakoglou, known as one of the players with the biggest IQ in the Greek league showed his guts hitting crucial shots in the crunch time. With ghosts chasing him (after game 2 and David Blues threes) the Greek forward stepped up and shut down Maccabis deadliest perimeter weapon.

No4.) Devin Smith (14.3 ppg-7.8 rpg-21/41 fg-34.3 per game): Smith is a surprise for Panathinaikoss coaching staff with his ability to hit almost every difficult and important shot. The American forward excelled on defense and offensive boards giving Maccabi a lot of energy being undoubtedly the best small forward in the series. Coach Obradovic must think a lot before putting Saras on Smith again.. 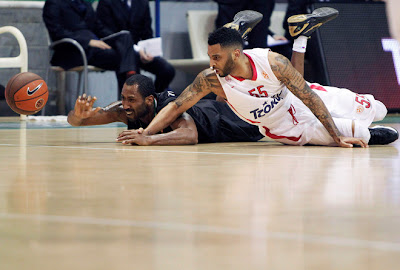 No2.) Kyle Hines (14.5 ppg-4.5 rpg-1.5 bpg-3.5 rcv fouls-23/43 fg-22.8 per game) : Hines was simply a dynamite for Olympiakos in this playoff series. Ivkovic played him at center position position, especially in the fourth quarters. Hines took advantage his speed, power and simply destroyed Montepaschis ‘light’ frontcourt with his points and offensive boards. Technically, Hiness biggest advantage is his ability to defend in the paint and also stay in front of a quick player in the perimeter. Montepaschis guards just couldnt pass Hines and drive to the rim.. 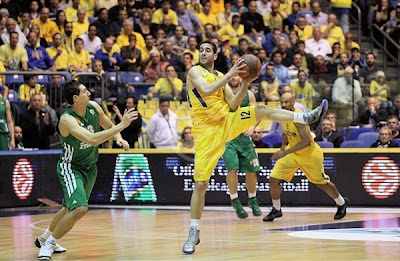 No1.) Yogev Ohayon (9.8 ppg-4.5 rpg-3.3 apg-1.8 spg-26.3 per game): Ohayon was Blatts answer in Panathinaikos press defense. The 24 year old guard is probably Maccabis more energetic player and his speed, explosiveness (great first step) and slashing ability gave to Keith Langford an ideal partner in the backcourt. Its obvious that this playoff series can change Ohayons career, just like Kalathes last year..Blatt found a quality guard for next year’s team and Obradovic a big problem to solve.