Let’s take a look to the most succesfull newcomers of the Euroleague’s teams depending on players impact at the game. NBA’ers that returned to NBA are NOT INCLUDED. 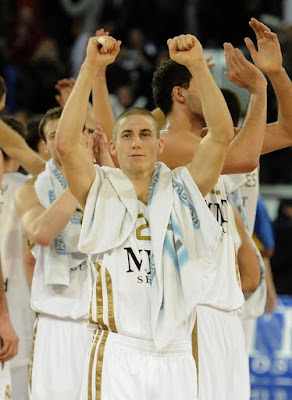 1. Jaycee Carroll (188-PG-83, agency: Priority Sports) – Real Madrid: ”Wanted,dead or alive” from several opponents across Europe. Carroll is a real beast running off the screens or pulling the triger on transition,at Real Madrid’s up tempo style. Quick release,remarkable trust at his hands under pressure. Although Rudy was in the neighborhood,Carroll became the go-to guy in Laso’s team with his hard work & remarkable self confidence. Right now he is Euroleague most dangerous perimeter shooting threat alongside Juan Carlos Navarro.

2. Nenad Krstic (213-C-83, agency: INVICTUS Sports Group) – CSKA: CSKA pays 3 million euros per year to the Serbian,but Krstic is like an insurance for the Russians by being the most consistent center in the league. He is the central point of the Euroleagues’s most balanced offense (pretty well shared options for Kazlauskas team)and the main reason that CSSKA has the strongest inside game in the competition. The big European matches usually go at slow pace and that’s the time that Kristc will be a difference maker.

3. Milan Macvan (206-C-89, agency: INVICTUS Sports Group) – Partizan: Although Partizan didn’t qualify the top-16,Macvan was a huge-on loan-sign. He showed quickly to the ”grobaries” who is the team’s best player,even with Pekovic on the floor. The Serbian emerged competition’s top rebounder (8.2) and 5th in ranking. His phenomenal basketball IQ,great passing skills and clutch performance was desicive for Partizan who continues targeting Adriatik & Serbian League title.

4. Henry Domercant (192-G-80, college: E.Illinois) – Unics: With this year’s performance he renegotiates his value in the European market. Domercant was absolutelly a beast leading Unics to an incredible 7-3 record and a big win at Palaestra against Siena. Henry killed his ex-team in both games averaged 27pts-6reb (10/14 3pt,16/17 FT)& 31.5 ranking.. His experience,leadership and cold blood shots made him quickly the No1 player of Pashutin’s team. 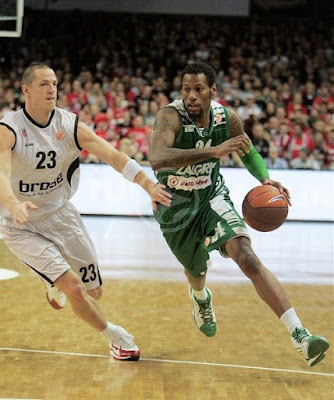 5. Sonny Weems (198-G/F-86, college: Arkansas) – Zalgiris Kaunas: Probably the best introduction from the NBA market this year. Although Zalgiris had a lot of instability problems,Weems talent and profesionalism revealed him as one of Euroleague’s best ”wing” players. Excellent physical attributes,very hard for the opponents to defend him at the rim,consistent jumper either pulling up or coming off the screens. He delivered many highlights in transition situations that Lithuanians uses to play. One of the best players on ”creating his own shot”. Weems is coachable and has the package to play in a title contender soon.

6. Malik Hairston (198-G-87, college: Oregon) – Armani Milano: After the translational period everyone was talking about Gallinari,Bourousis,Fotsis & Nicholas but Malik Hairston is the ”truth” in Milan. The most substantial summer move for ”scarpette rosse” is Siena’s ex forward. Scariolo used Hairston versatile by playing him from ”2” to ”4” and the dynamic American was Armanis’s most reliable offensive option. Great finisher in transition,efficient in the post game,presented an improved jumper (61.1% 3pt,1st in his team-4th in Euroleague). His energy made him an ideal game changer from the bench. Now is Scariolo’s fisrt offensive option.

7. Marcus Slaughter (204-C/F-85, college: San Diego St.) – Brose Baskets: Product of ‘Karsiyaka factory production’ (famous for great scouting in USA),Slaughter signed in Chris Fleming’s program,as the following of Kyle Hines. He thrived In Bamberg’s agressive playing style at both ends of the court as a quick center especially at the sceme with Anthony Leon Tucker at ”4”. It is rumored that Slaughter is on the top of David Blat’s list for the next season for covering the position of athletic undersized center that the American coach uses in his team’s years now.

8. Bojan Bogdanovic (203-G/F-89) – Fener.Ulker: The latest Spajia’s Croatian weapon.Bogdanovic gave a sense of freshness in the Turkish powerhouse. After a hesitant start he stepped up and became team’s first scorer in Euroleague. His versatile offensive style in combination with his ability to play from ”2” until ”4” spot,made Bogdanovic a continious miss match for the opponets. The most important thing is that young Croatian adjusted in a plural offense with many choises after last year’s one man show with Cibona. 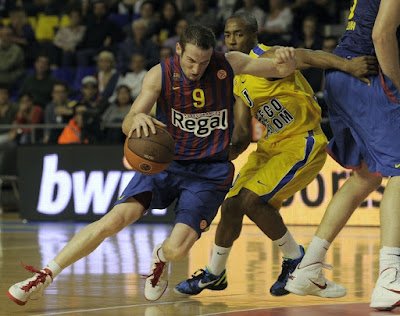 – Marcelinho Huertas (191-PG-83, agency: Edge Sports) – Regal Barcelona: We admit that Barcelona spend a fortune to sign him but no one in Palau Blaugrana misses Ricky Rubio. The Brazilian is-for the moment-harder and more complete player. He is the ideal pass first point guard with excellent ball handling skills,court vision and every night gets everyone involved in Pasqual’s offense. His ability to run the pick’n roll and take the right desicions at the end of close game is rare. It will be very interesting to see him through this season.

9. Anthony Leon Tucker (198-F-85, college: Texas) – Brose Baskets: Tucker showed some of his skills in the biggest stage this year. Being the key of the Fleming’s many combinations and different line ups,the American forward produce energy,basketball IQ and fundamental style of playing. He was advantaged from Bamberg’s quick and modern scemes by playing a lot at ”4” spot. Tucker is a real value/money choice.

10. Furkan Aldemir (207-F-91, agency: Beo Basket) – Galatasaray: The Turkish youngster became the biggest ”underdog” at coach Mahmouti’s frontline,earning important playing time from the much more experienced Andric and Songaila. Alderim is a great prospect for Galatasarai. He played both frontcourt spots and his coach used his speed at ”5” spot in the quick lineups (with Sumpert at ”4”). The 20 year old Turkish continues the tradition of his country on the production of talented centers the last years.