FUN TO READ: Teams we loved… 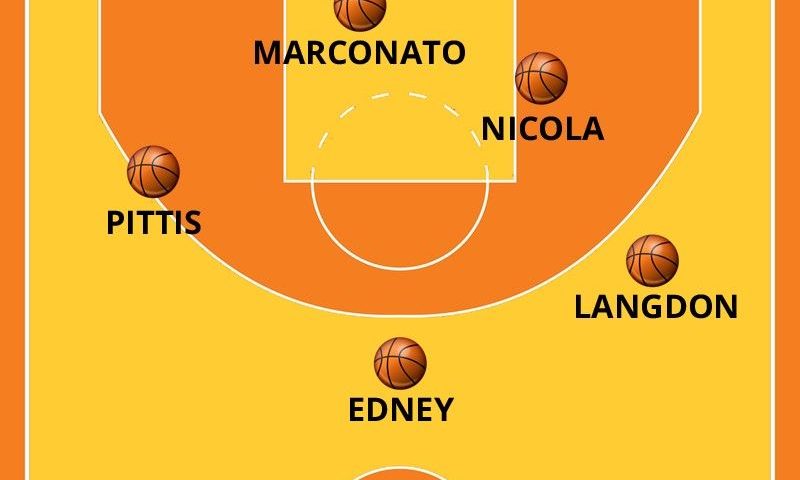 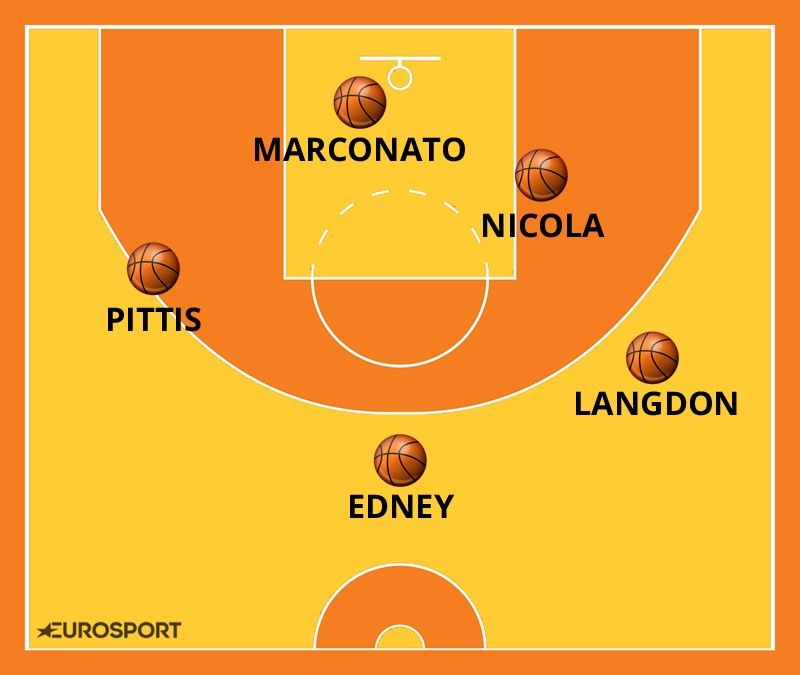 We loved them not because they were the best or the highest quality teams, but because they “clicked” with us. Hoopfellas invites its fans for a dive in the basketball ocean of 21st century basketball memories, so we can “confess” the EL teams that captivated us the most in the past 17 years… 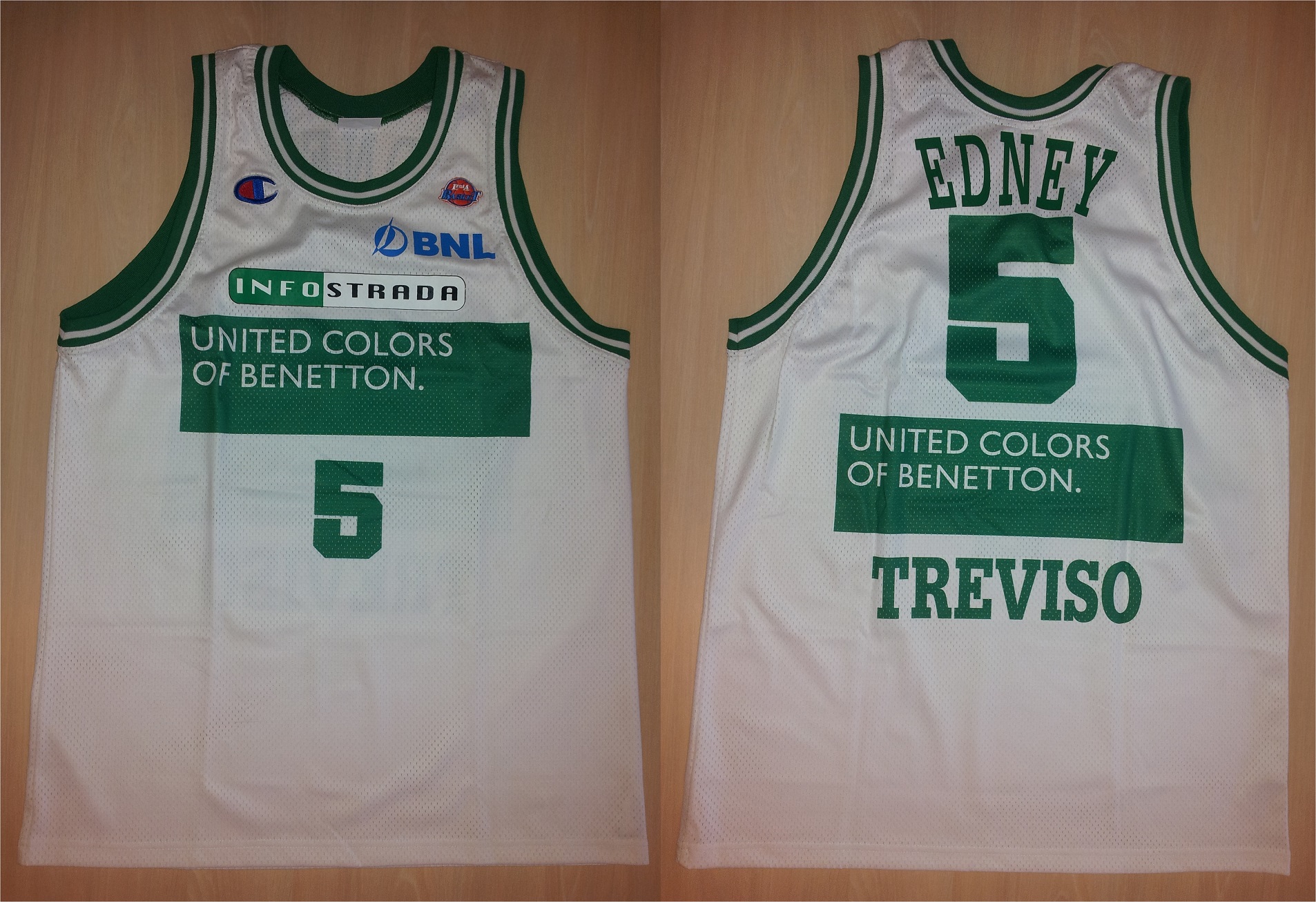 August… relaxing and holidays. Is there a more suitable background for the FUN TO WATCH Hoopfellas post? Probably not… That’s why I take this opportunity a few days before we get the Eurobasket fever. This time we ‘ll talk about the Euroleague teams we had a crush on, beginning from the start of this century. This is the time limit I chose, in order to avoid traffic (the next time we ‘ll dive onto the honoured ‘90s), which will help us to better define our thoughts. This discussion, of course, is not concerned with the best or the highest quality teams we have watched, but the ones each of us liked to watch for his own reasons.

Let’s start with my “loved ones”… 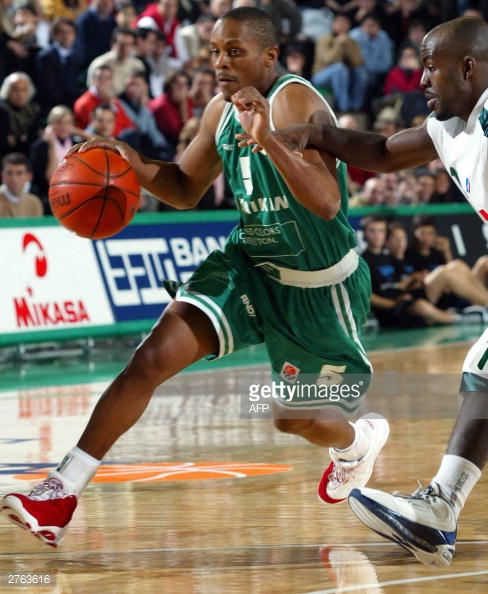 Coach Messina goes to Treviso and creates something completely different, and, in short, futuristic. Benetton of that era, with Gherardini leading the team was something different for European basketball with its exemplary organisation on all fronts. The “professor” (with the memories of the 1999 final against Zalgiris and the type of basketball the Lithuanians played still on his mind) presents us with a great team that runs one of the fastest paced, but at the same time efficient, offenses basketball ever witnessed in the history of the Euroleague, with great ball movement, cooperation, deadly transition and very solid defense. My favourite Tuys Edney is the No1 wanted “criminal”, breaching every defense and combining with Trajan Langton to form a great duo that would disperse fear all around Europe. Pittis, Garbajosa, Marconato, Bulleri, Marcelo Nicola and a Palaverde court reminding us of Boston Garden.

They fell at Barcelona in the EL final against the local team of Bodiroga-Jasikevicius-Navaro after a great battle against all odds. Their complete game and the spectacle they made available to us was an inspiration and the start of a different point of view for basketball for many coaches of that era. They bring back to me the same nostalgia as my highschool sweetheart. 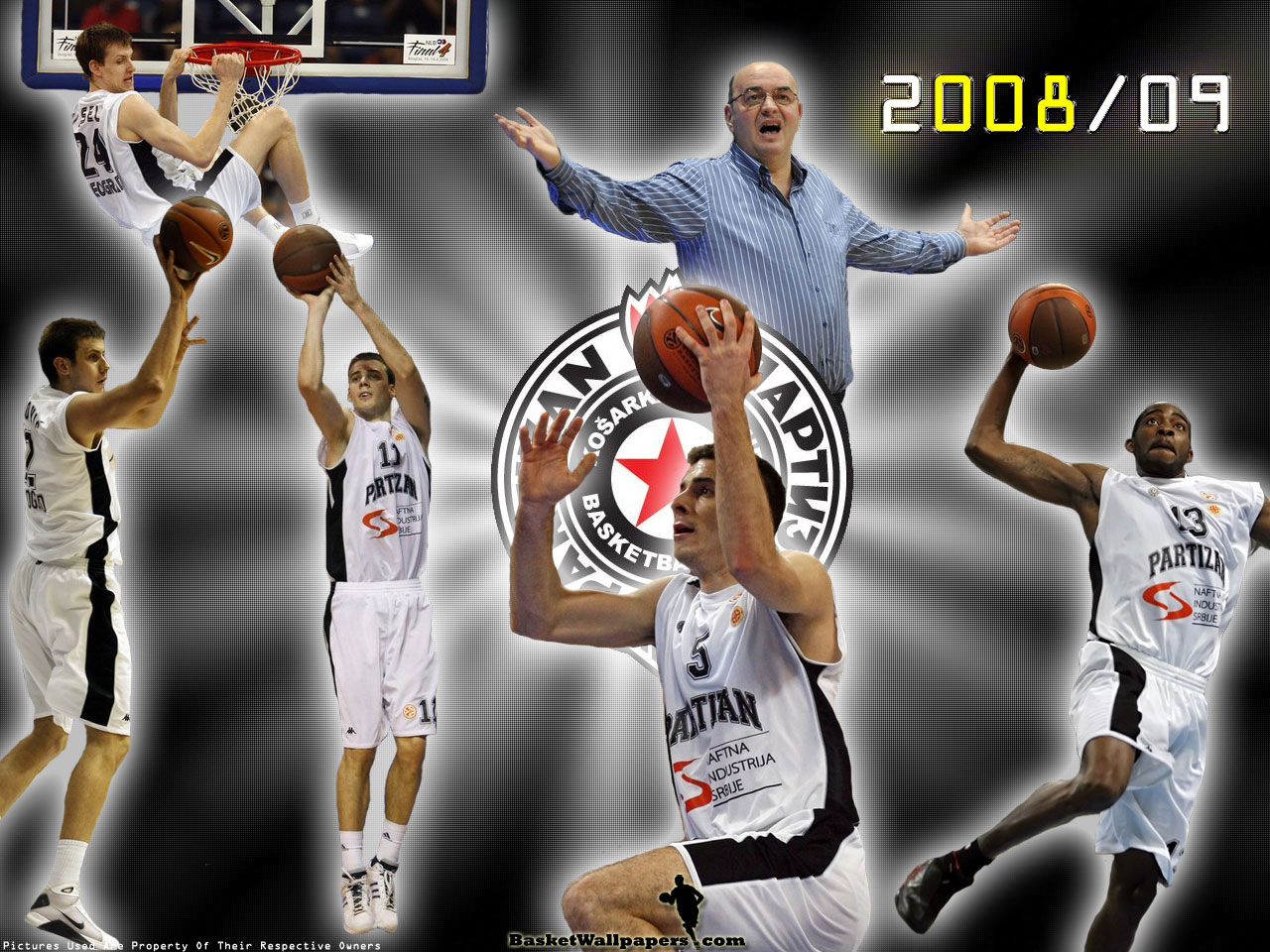 The defensive machine of Dule Vujosevic that turned the phrase “I will score 70 points in Belgrade” to mission impossible for opponents and shook European basketball, teaching the “gospel” of climbing the ladder of success through cooperation and hard work that lead to constant overachieving. This team laid the ground for the 2010 team that almost got to the Euroleague final (Olympiacos stayed alive from the Childress’ offensive rebound, after Teodosic’s airball)… A team with great intangibles. Danilovic as the administrative leader (the man on the top of the hill), Tepic providing seminars in the low post, Velickovic simply everywhere, Lasme dunking on every rim, Vessely at the “3” position, Tripkovic with a…Reggie Miller aura in using screens before shooting, Rasic, Bozic, Vranes and most of all the “teacher” Dule and their classic “old, Prussian school educational methods”. Halla Pionir lives its glory days and becomes a spectacle by itself, apart from the basketball played in it, clarifying that basketball in the Balkans is a completely different case altogether. They got to the Euroleague Playoffs, where they “fell” to the mighty CSKA. 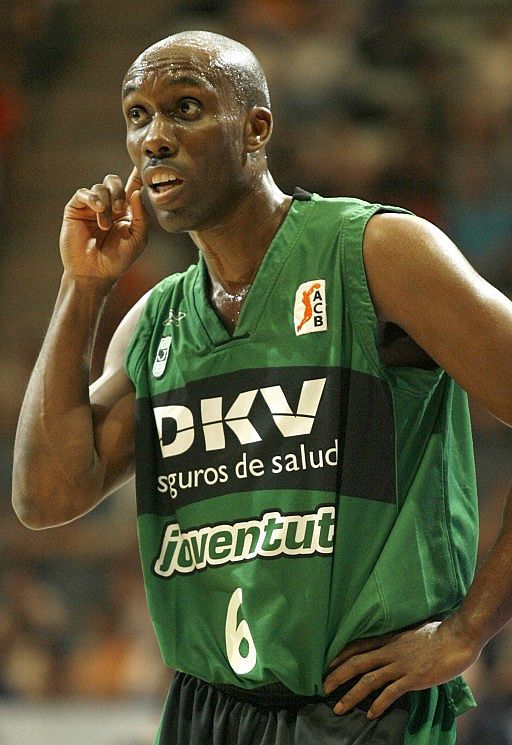 A typical example of an Aito Reneses team that builds its game on fast deployment and execution. Coach Reneses did a great job in his 5 years at Badalona, winning two European titles (EuroCup 2006, ULEB Cup 2008). In the 2006-07 season, they played in the Euroleague (you might remember Panathinaikos’ comeback in the first game of the competition, where they found themselves losing 48-24  on the 19th minute of the game). Rudy Fernandez (at age 21), Ricky Rubio (at age 16 with 18.9 minutes per game), Gaines, Barton, Paco Vazquez, Betts, Huertas, Archibald and their experienced leader, the legendary Elmer Bennett at age 36. They got to the TOP-16 of the Euroleague. 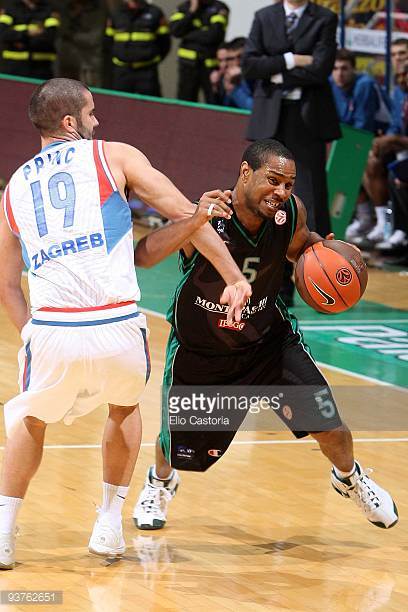 The epitome of a gang, it led me to make the medieval town my second home. Coaches Pianigiani and Banki built a hard-nosed team with cojones, great footwork and defense that made their opponents feel that a tank had walked over them after 40 minutes. Exemplary transition offense with the famous 10-metre entry pass and non-stop hustling. McIntyre was then for the Euroleague what Isaiah Thomas is today for the NBA. Stonerook’s afro was the new town sigil, and Kaukenas (who didn’t play in the final 4) was my favourite player, due to his greatly competitive character that reflected the entire effort of an outsider-team to do the impossible in order to get to the top. Romain “the Handcuff” Sato, Bootsy Thornton, Iliefski, Lavrinovic, Eze, Ress, Carraretto, the hair-jelled Pianigiani smiling at his opponent’s bench with his most Machiavellian face on. Banki as the architect of one of the most solid defenses we have seen. 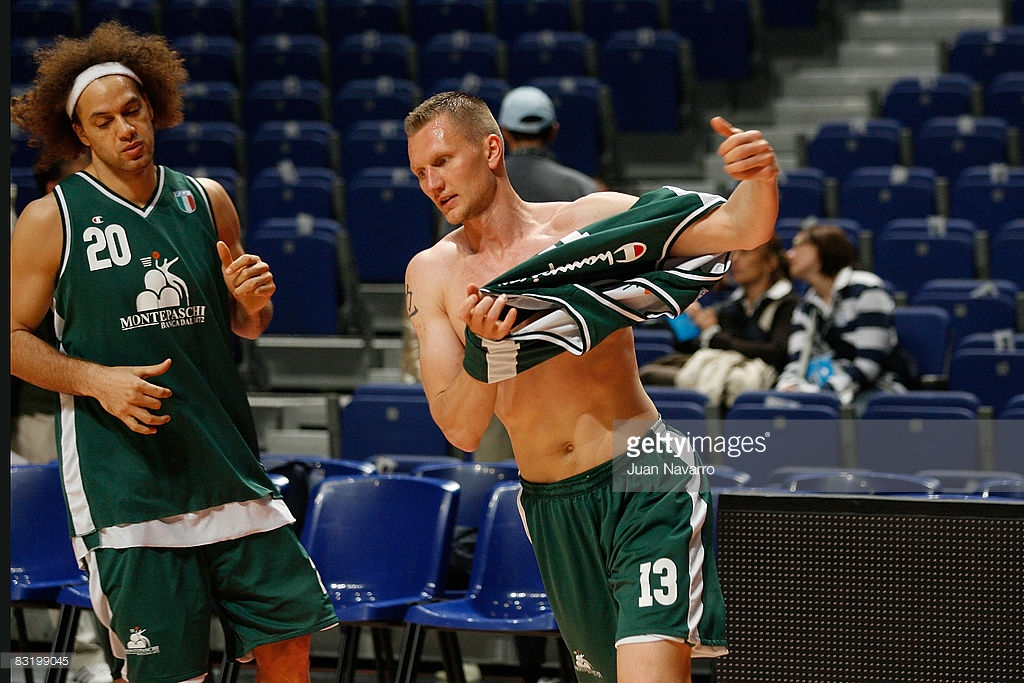 It was the year Tuscany wine looked mature enough to drink in glory night. That season Siena lost a great opportunity to fight for the EL title, when in the Madrid semifinal, where everything looked like they would dominate, they had a taste of their own poison and fell by their own insistence for outside shooting and Sharp’s sword. I am already preparing for the first trip of my baby girl to Siena with Mrs. Katsionis having her fun telling her “you are going to your dad’s hometown”… How can she understand what McIntire means…? 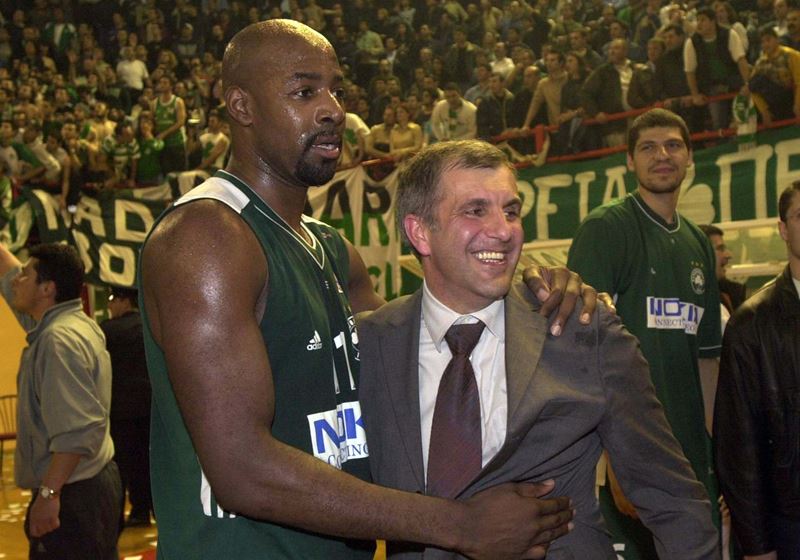 In the Greens’ “golden age” I was most attracted to the most humble team among teams with entire galaxies of stars. The Patisia version of Panathinaikos was one of the best coaching jobs in Zeljko Obradovic’s career. He presented us with so many cutting edge things that have been “constants” in the last few years in modern basketball at the top level. Two guard lineups, small ball, undersized big men, attention to detail in shooting, speed and intensity against size. That team (without Bodiroga) moved exclusively from the joystick that was well hidden in Zoc’s hands and his coaching impact was huge. Ariel McDonald and Lakovic in the backcourt, Kalaitzis, Kutluay, Buford, Alvertis, Fotsis, Tsartsaris, Middleton, spread defenses, pressure, turning correct ball movement and seeking into a religious hymn. 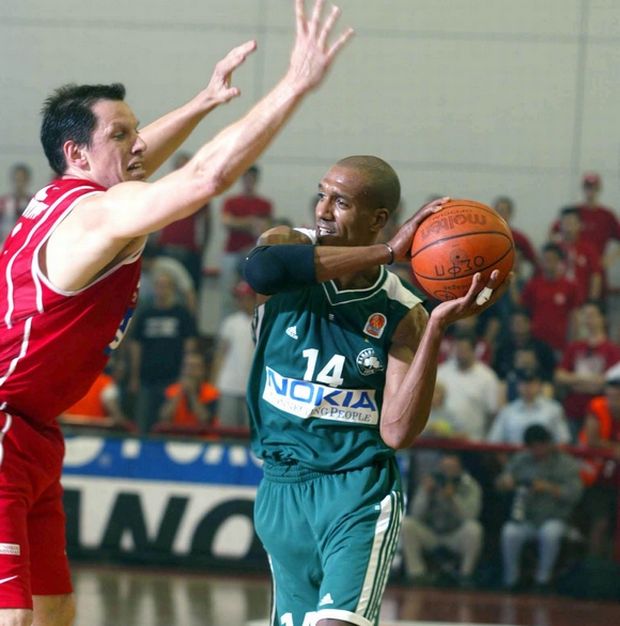 The Patisia “cage” was a torture chamber for a lot of Euroleague teams that just couldn’t handle the aggressiveness of the new style of the Greens, who followed a new, extremely attractive direction, after the half court basketball of the Bodiroga era. 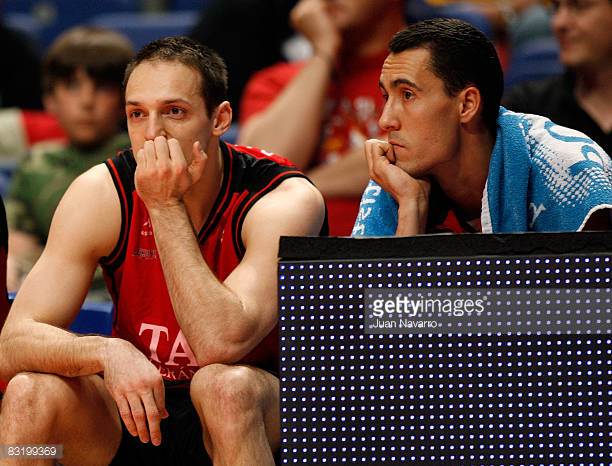 The best spectacle of that season was hosted in Buesa Arena, with Perasovic’s team making their opponents go downhill with its fast, dynamic and aggressive game. Scola with the rebound, the ball to Prigioni, head up and a two-hand pass without dribbling, so the ball would meet, like a frisbee, Rakosevic who was running in the wing. One dribble, stop and shoot by the Serbian. Count it! The duo of “Rako” and Erdogan at the “2” position of the Basque team spread death. Splitter, Fred House, Planinic, Vidal as the facilitator in the backcourt, Peker and a young Teletovic. A team that made the opponents’ coach take a time-out within two minutes just for his players to see the ball… The problem Perasovic had with his heart (he was replaced by Malkovic) shocked the team that made it to the Athens F4 (their beat Olympiacos 2-0 in the playoffs by destroying the Reds 84-59 in game 1), and faced the all-mighty home team of Panathinaikos. Of course I also keep a special place in my heart for the Moscow “terrorists” under the leadership of the “general” Dusko Ivanovic. Calderon,   Macijauskas, Hansen, Scola, David, Splitter. Epic… 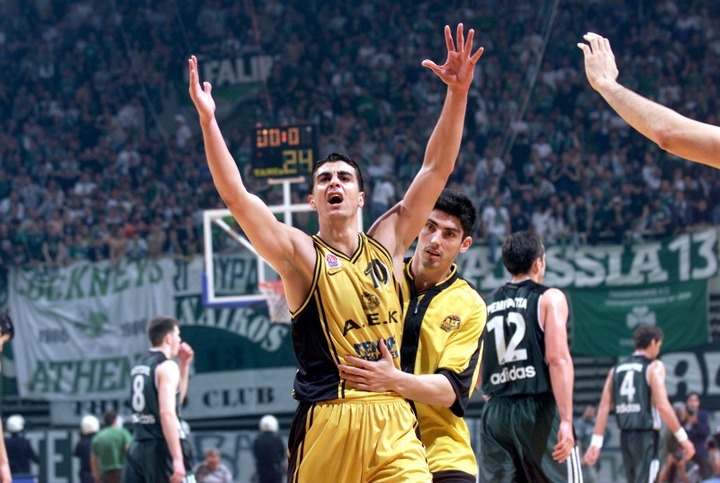 A purely “European” AEK Athens under the guidance of Dusan Ivkovic in the era of the split. A great team… The “wise one” creates one of the best teams in Europe, building on the Greek core of players (Hatzis, Dikoudis, Kakiouzis, Kikilias, and a supporting role for Panteliadis, plus a young Zisis). Stefanov in the driver’s seat with the Englishman Steven Hansell as his backup, Kutluay at the wing, Betts, Muursep, Hammink (and Gurovic for a few games) in the frontline. The “two-headed eagle” was a very well-worked defensive team (No2 in the ULEB competition). “Balance” was the keyword that described AEK’s offense, and they started from Stafanov’s low mistake game and had many players that would step up. From the great game of Kutluay-Hatzis around the screens (AEK worked for their shooters like modern teams of Eastern Europe that are distinguished in this type of game), Bett’s safe post up, the PnR of the guard from Skopje and the versatile forwards. 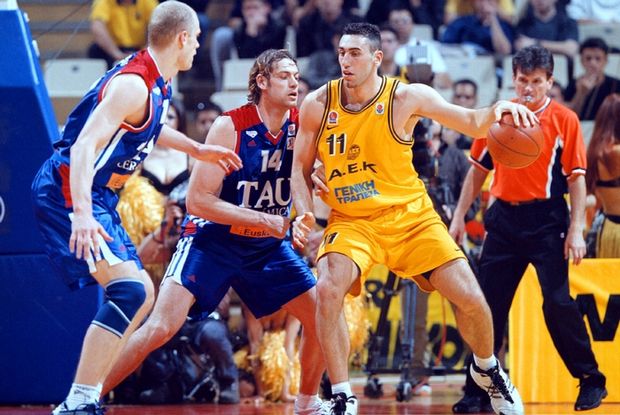 AEK beat Zalgiris and Benetton in the playoffs to reach with home court advantage to the semifinal series against Ivanovic’s TAU. The first match was replayed (AEK had won with a bucket by Dikoudis after the clock had clearly run out, Dusko, the lawyer, created chaos, even though there were no regulations for the game to be re-played), which caused great confusion that lead to AEK collapsing and the series ending 0-3. I would very much like to see a similar project from the Athens club… It smelled like basketball…

I am waiting for your “beloved teams”. Think, Take a trip down memory lane, remember. Hoopfellas is the place for that…