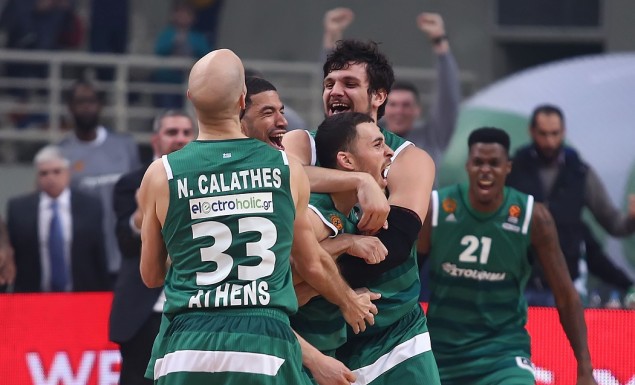 Xavi Pascual’s “Jeffery Taylor” experiment with Alessandro Gentile and the forty minutes in Istanbul that revealed the strengths and weaknesses of this year’s Olympiacos. Hoopfellas sheds light directly to the face of the two “eternals”..

This is a strict approach but I think it is required by the situation and the point of the season. Together we enter the most well-locked cells in Pascual’s mind and put Olympiacos’ offense on the couch of psychotherapy… 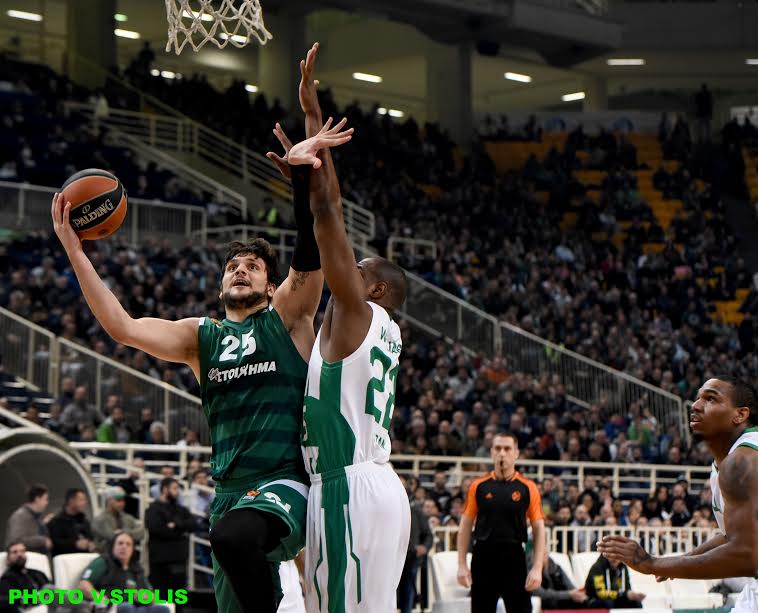 At a time where the player is in danger of losing his faith along his “locked” jump shot, Xavi Pascual is trying to invent ways to upgrade Alessandro Gentile rendering the Italian into a productive member of the green rotation’s hard core. At the same time, the coach has to manage the traffic caused by Gentile’s addition in the Wing positions, thus his attempt to find and hand out roles that will lead him to the proper connection of his players

Pablo Laso, the great opponent, had a problem of similar nature last year with Real’s roster. He had many scorers in his hands and indeed many… people especially in the middle positions to keep everyone “alive” and with a role in the rotation. The defense of his team was disappointing and that had a direct impact on the overall picture in Euroleague (5-5 during the regular season, 7-7 in TOP-16, 3-0 from Fener in the playoffs). In the summer, Laso brought on his own responsibility two scorers, such as Jeffery Taylor and Trey Thompkins, in Madrid who had tremendous difficulty adjusting to an environment that overflowed with scorers but desperate for defensive stoppers. Taylor had not come to Europe to play defense. After three good seasons –especially the first two- with Bobcats (before his injury at the end of 2013 he had 8.1 points in 24.5′) and a participation in the European Championship in Slovenia where he scored 21.2 points with the Swedish colors, Taylor arrived in Madrid confident that he will be one of Euroleague’s top guns; however, reality was very different. His continued persistence of trying to get into the game through the offense caused problems both to himself and to the team with the Madrid management interfering by bringing KC Rivers back to Madrid as soon as possible. In the end, Laso found the solution during the ACB playoffs. By investing in the good, forgotten defensive background of Taylor from Vanderpilt, he gave him the role of Defensive Stopper in Real’s backcourt and put him on the head of the defense (even in 3-2 defense zones) against the PG opponents where the “Queen” could take advantage of his size, his good footwork against shorter and faster guards as well as his ability to change after a screen and defend in the post. Laso worked hard to instill this new role and defensive mentality to Taylor, convincing him that this was his lifejacket in Real’s rotation ocean. The “Queen” was significantly improved during the playoffs and the key was the hustling of Taylor-Thompkins; for the first time in the season they showed the rocket-like character that Laso had envisioned, making Barcelona look slow and old and greatly difficult to follow them. Laso won two new players, fresh legs, better chemistry and a more functional roster and Taylor-Thompkins got new contracts in Madrid, getting out of a situation that seemed lost not long ago. In my opinion, Pascual is trying to do something similar with Gentile. Otherwise it would be inexplicable for a coach of Pascual’s perception to assign him important roles in defense or to make everyone want to pinch themselves by calling him from the bench when the team needs a last defense in the period. In reality, by putting him against players like Langford, the Spanish coach is “blackmailing” the Italian to exceed his defensive abilities and to maximize his effort knowing that if he achieves it at a certain degree, the player’s belief regarding his usefulness on the court may also change. This is the attempt (as well as an obligation) of the coach to win a bet that seems lost..

Of course, the specific difference between these two cases consists of the fact that Taylor was a player that had such background and defensive knowledge. In Vanderbilt of the great Kevin Stallings (now coach of Pittsburgh) with the up tempo basketball and the traditional High Efficient offense, Taylor served, among others, the defensive plan of the Commodores with his ability to defend in 4 positions. It was this two-way nature of his game that brought him to the beginning of the second round (Νο31) in the 2012draft. Gentile has no such background. He is still in the first stage of fundamental parts of defensive learning. Xavi Pascual is trying to inspire defense ego in him. It is his last attempt to win him and have Panathinaikos win too…