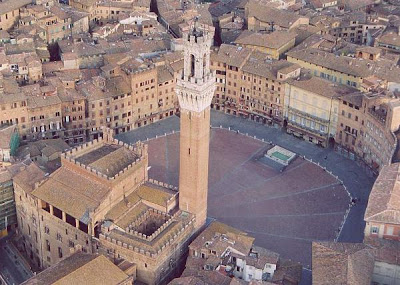 New age just started at Piazza del campo and Ferdinando Minucci is ,once again, “The Man” in this very interesting new project. Minucci’s presence makes sure that the Italian champions will retain their highly respective status in European basketball, after the departure of the team’s physical leader (and “star”), Simone Pianigiani. 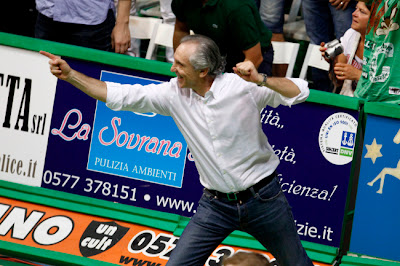 Taking a closer look at the recent years we conclude that Montepaschi Siena is probably the best basketball program in Europe whereas areas as attitude, mentality, professionalism at every lever, attention to the detail in and out of the court, working ethic, discipline in the plan from the administration the coach and the players. This will be the club’s key weapon in the new age they just entered.

Minucci gave quickly the coaching job to Luca Banchi and together they start planning the new project . The 2012-13 team must regain all this clues that last year’s squadra had lost. Take a closer look at last season’s playoff series against Olympiakos. Those games will be the base for the team they are going to build in Siena. In this series Montepaschi faced itself, a team pretty must the same with 2010-11 Montepaschi which excluded the Reds and qualify to the Final four. So, the basic principles of the new structure will be: Youth, toughness, athletic ability and hunger. The club’s first signs are indicated. Daniel Hackett (a hard nosed, athletic combo guard), Victor Sanikidze (best rebounder in Lega A, Olympiakos dominated the paint against Montepaschi..) along with the resign of David Moss (one of Euroleagues’s toughest perimeter defenders).

For sure, economical crisis forces the Italian champs to reduce their budget , as most teams do, but gives them the opportunity to activate one of their biggest guns which is the scouting and the ability to find talented and ambitious foreign players in a very good price and convert them shortly to top level players. And that’s what the team’s coaching stuff among with Shawn Stonerook and Terell McIntyre are working for, in Vegas, the last days. According to the last-hour rumors Montepaschi is close to sign an American point guard with an EE passport and Jacob Pullen (has a Romanian passport) among with Corey Fisher (soon he’ll take a Georgian passport) are the front runners. Josh Akognon (180-G-86) is high on the list too, gathering a lot of features that Banchi wants from his new guards. The Italian champs target on two guards from USA market considering that Aradori and Kaukenas won’t continue to the club and Bo McCalleb sooner or later will leave (Greek-based ”Hoopfellas” wrote that Minucci gave Simone Pianigiani his freedom with the promise that the Italian coach will ”press” his new team to buy McCalebb). Happily the frontcourt issue seems to be solved as Ksistof Lavrinovic (210-C-79) probably will be back with team (he is a guarantee of quality for Biancoverde’s new frontline) and Benjamin Eze (and his Italian passport) returns to Pala Menssana) among with versatile forward Kristjan Kangur (201-F-82). Montepaschi will probably try to sign a player in the “3” spot too. Dionte Christmas (196-G/F-86) was a very interesting case but according to a manager close to the situation “Montepaschi and Panathinaikos didn’t move fast enough to acquire the player, who is now very close to sign a contract with an NBA team..”.

It will be very interesting to see the players who will sign with the new look Italian champs. Remember that Minucci is always full of surprises and usually acquire players that no one suspects..